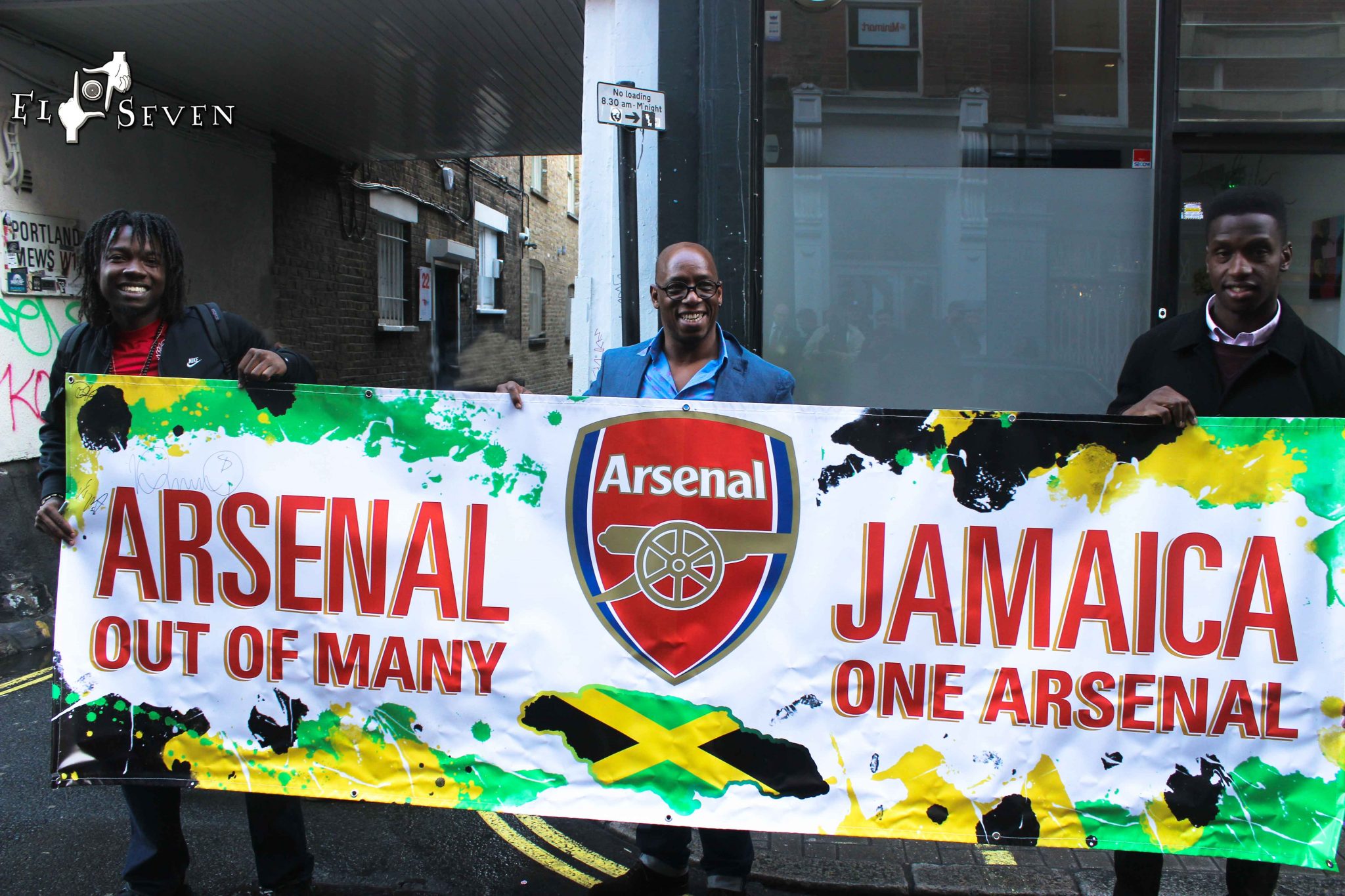 During the preseason I was inside the Emirates Stadium and noticed lots of banners from different countries and decided that I wanted to get one put up to represent Jamaica. 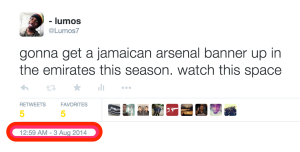 So I found the supporters group on twitter REDaction Gooners and asked them what the correct protocols were and they gave me details to a contact inside the stadium who handles those things.

We spoke and he gave me a set of guidelines and requirements that the banner must meet for it to be put up permanently in the ground.

Once I did that I came up with a design sketch and sent it over to a friend and fellow Jamaican, Nathan Garwood who is a designer. He did it professionally and that draft was approved by Arsenal.

Once we had the design approved, I was quoted a price of around £100 to get the banner printed. Now was much as I love Arsenal and Jamaica, I wasn’t about to part with that much of my own money for a banner (I have bills to pay! lol). So I decided to turn to crowdfunding. Not only would crowdfunding help ease the payload but it would also help to engage other fans in the whole process and  raise awareness amongst those whom it may concern what I was trying to accomplish.

Within less than a week WE hit the set target. 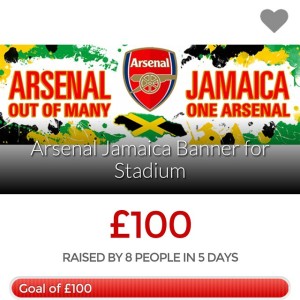 I managed to get it signed by Arsenal Legend Ian Wright who is of Jamaican heritage and I was also fortunate enough to get it signed by David Ospina and Captain Mertesacker (I didn’t single out these two but the opportunity presented itself and I took it).

Anyone could have done what I did, I just took the initiative, when I think of things that I know can happen I think why not make it happen myself and that is what I have done here.

I would like to once again thank everyone who played a part in making this happen.

Now lets go and retain the FA Cup and crack on next season!